It’s a scary but unavoidable reality that as a result of climate change, natural disasters are becoming a part of everyday life. In fact, the number of severe weather related events that cause more than $1 billion worth of damage, has risen to a shocking ten a year since 2010, from an already worrying two a year in the 80s, according to the National Center for Environmental Information (NCEI). Apart from the risk to personal health and safety, this is particularly concerning for homeowners as these storms can lead to many thousands of dollars worth of damage to personal property. We have taken a look at the statistics on weather-related damage repairs, and disaster preparedness, in homes across the U.S. to try to help give homeowners an idea of how costly these disasters can be. This should give an idea of what to budget if you would like to be prepared, rather than caught unawares. 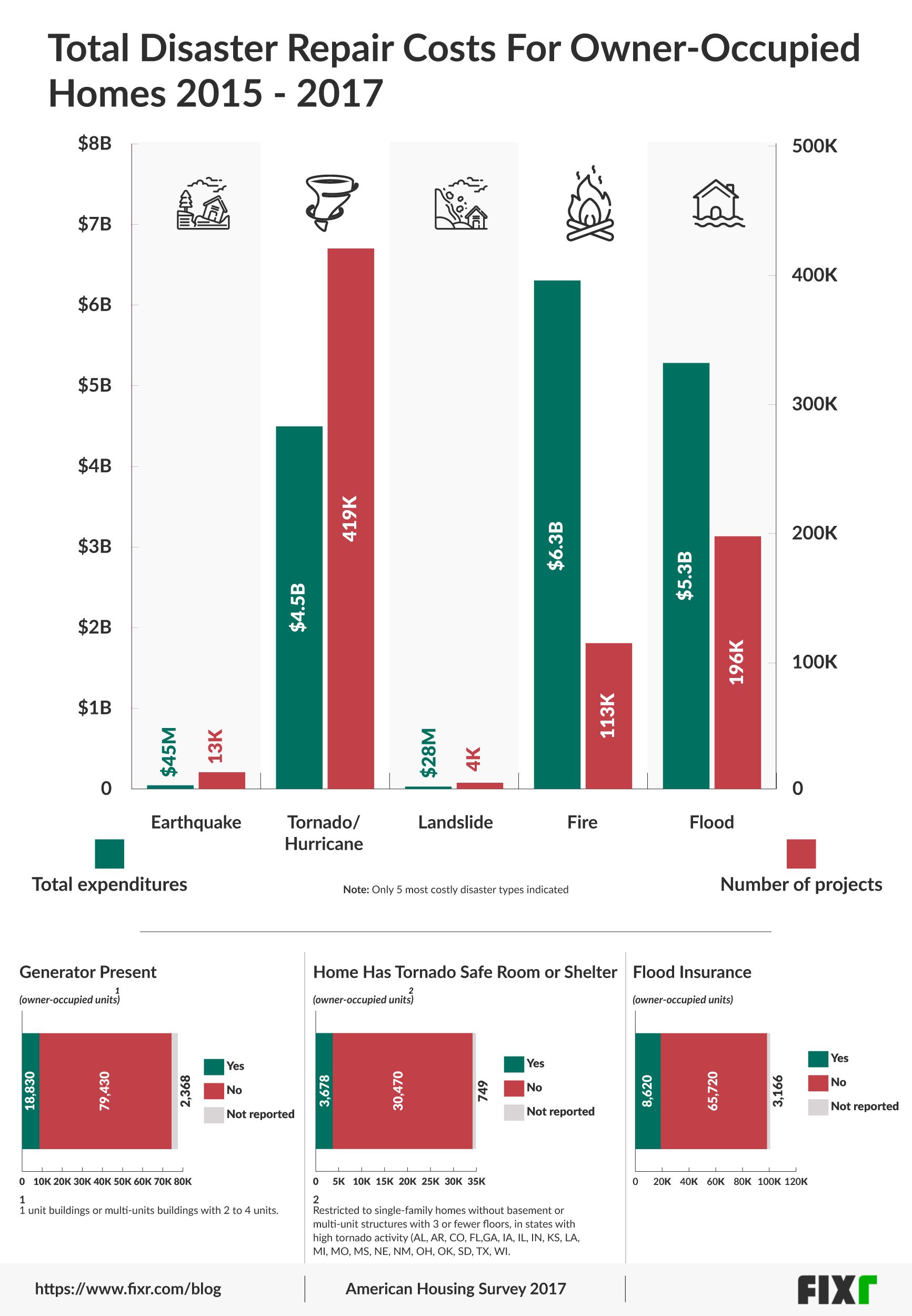 A Closer Look at the Figures

We created the above graphics using figures from the American Housing Survey by the USCB, which focused on data from 2015 to 2017. We have looked at two main costings; the first being how much it has cost homeowners to repair severe damages following natural disasters in the last two years, and how much homeowners have spent on disaster-preparedness improvements to their homes in the same time. The data only included homes that were considered severely damaged, which is to say if more than half the home or two or more rooms had to be repaired in the home, in the quoted two year period.

Perhaps surprisingly, fire came out as leading to the highest costs at $6.3 Billion, followed closely by flood, $5.3 Billion and tornado/hurricane damages at $4.5 Billion, earthquakes and landslides lead to significantly lower damages with costs coming in at $44.7 Million and $27.7 Million respectively. We also looked at the number of projects recorded, which gives an idea of the cost per repair for each type of disaster. Tornadoes led the pack with 419,000 projects, floods had 196,000, fire only had 113,000 projects despite having the highest total cost, earthquakes had 13,000 projects, and landslides came in with the lowest number of associated repair projects at 4,000. These figures could link to frequency, for instance, many tornadoes requiring many repairs, or to severity, e.g. a particularly severe earthquake could affect many homes as a single event.

Regarding disaster preparedness, we focused on whether or not a home had a generator and was covered by flood insurance. We also looked at whether a home had a tornado shelter but with the restriction of considering only homes with single-family occupancy and no basement, or multi-unit buildings with a maximum of three floors, in states prone to tornadoes(AL, AR, CO, FL, GA, IA, IL, IN, KS, LA, MI, MO, MS, NE, NM, OH, OK, SD, TX, WI).

How These Figures Translate

When viewing the disaster repair figures, it is important to consider that variances in cost may be caused by the frequency and severity of the event when it occurs. Earthquakes have been responsible for some of the most costly disasters in history, but the infrequency of severe earthquakes keeps average costs down, while fires are more regular and even seasonal, causing more damage per year. Also, if you look at the number of repair projects per disaster type, you can create median costs for a direct comparison of cost per project. Doing this, flood repairs come out as most costly at $12,000 per project, followed by fire repairs with a median cost of $10,000 per project, tornados/hurricanes cost $7,000 per project, landslides $6,020, and lastly, earthquakes cost approximately $4,500 per project for damage repair. These figures, coupled with your geographical location, should give you an idea of what you should be setting aside, or insuring against for future potential disasters.

As we know, there are a number of things one can do to prepare for natural disasters to help ensure your and your family’s health and safety. However, we looked at the home improvements one could make that would also help in specific disaster circumstances and thus offset at least some of the costs post-event. Firstly, having a generator installed can be a lifesaving help in an emergency. Whether, flood, fire or storm, if the power goes, for the cost of a generator you will be prepared and able to charge cell phones, cook, have lights and power medical devices for the frail if necessary. Yet there were only 18,830 homes that had a generator installed, of the 100,600 polled.

Another cost alleviator would be to insure your home against whatever the most prevalent natural disasters in your area are. Yet, of the 77,310 owner-occupied homes polled, only 8,620 had flood insurance and 40% (3,440) of those only had it as the result of a requirement linked to refinancing or purchase agreement. Hedging your bets on repairs that cost uninsured homeowners between $18 and $27 Billion following hurricane Harvey, can lead to devastating losses, especially if you fall into a government subsidised area which makes premiums more affordable.

The last option on the list of preventative measures is whether a house has a tornado shelter. This information was gathered only from states considered at risk from tornadoes and refers only to single-family homes without basements or structures with three or fewer floors in a multi-unit setup. Of the houses polled only 3,678 had a safe room or shelter, while 30,470 did not, which is again a disturbingly low ratio of only one in eight homes that had tornado protection for inhabitants.

Many intricate factors affect the potential for damages and the costs thereof, including disaster occurrence, disaster severity, homeowner preparedness, quality of building materials, and the availability of building materials and labor, and more. That said, assuming one’s home is safe would require unlikely amounts of luck. The above information should provide a sufficient starting point to establish whether you should be investing against disaster. If you are not already aware of which natural disasters are most prevalent in your area, contact your local municipality, talk to local resident associations and research climate-related events through the NCEI. It is possible you fall into an area not prone to natural disasters, however if not, the above should be evidence enough that failing to prepare for the next natural disaster could leave you homeless and or bankrupt as a result.

Interactive Disaster Map: How Homeowners Across the US Should Invest in Disaster Preparedness

September is national preparedness month, and our interactive map shows the most common natural disasters in each state so homeowners know what to prepare for. 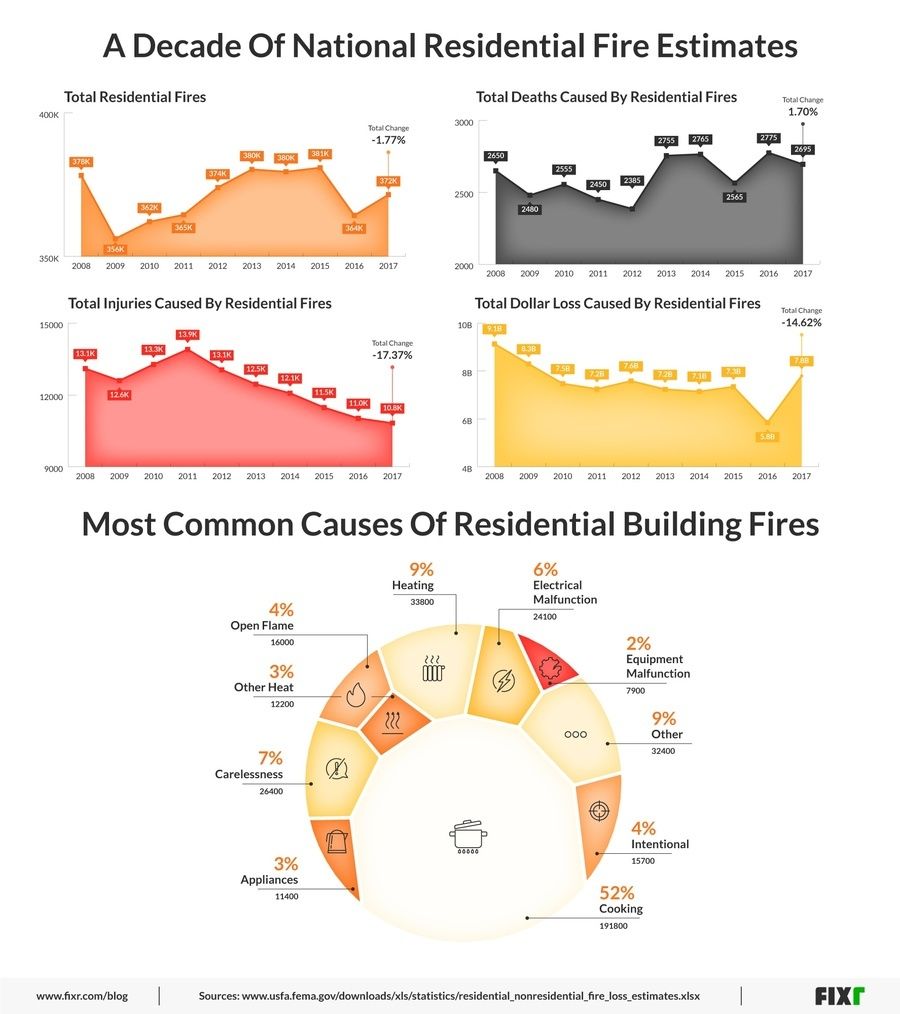 Residential Fires 101: What You Need to Know as a Homeowner

It's the time of year to celebrate with loved ones, use the fireplace once again, and enjoy all that winter has to offer. But as Jack Frost starts to knock, it’s important 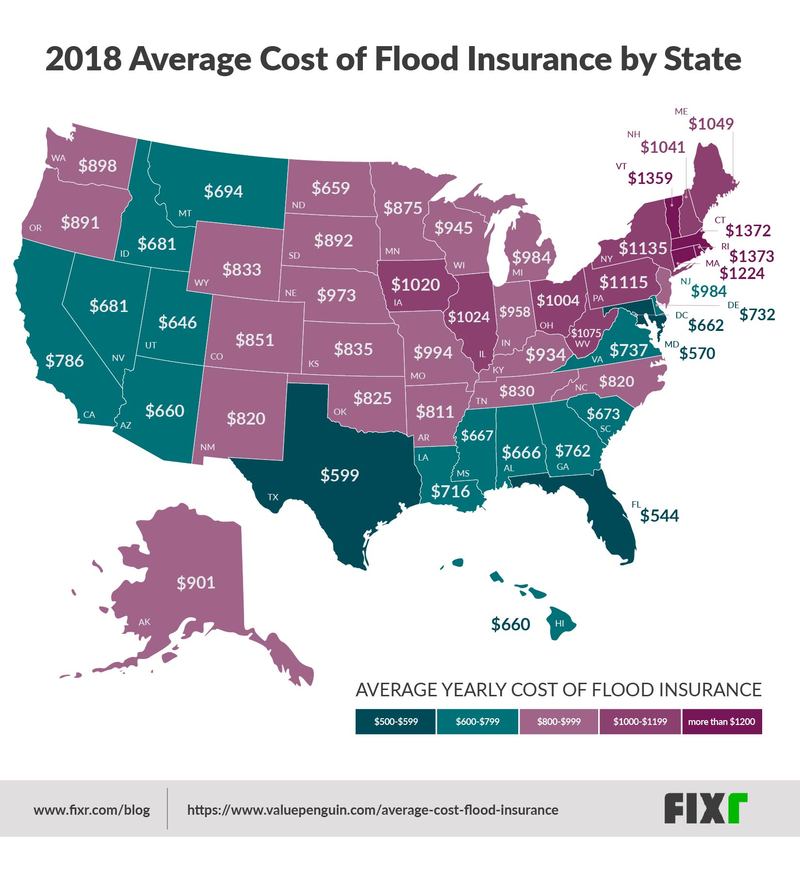 If you live anywhere in the Gulf or on the Atlantic coast you’re probably well aware that tropical storms are likely, especially now that we’ve entered hurricane season which runs from

Get the latest posts delivered right to your inbox.