The last couple of weeks have been like a roller coaster ride for seven-time Formula 1 champion Lewis Hamilton. While he became only the fourth F1 racer in history to receive a knighthood, the British racing superstar lost on the opportunity of overtaking Michael Schumacher in the F1 championship tally after controversially losing the 2021 title to Max Verstappen in the last lap of the final race of the season. Understandably, Hamilton is still to overcome the pain and distress of his unimaginable loss and has been keeping a low profile. There are even rumors of him taking premature retirement from the sport. While that might just be a rumor, it turns out that Hamilton has parted ways with his beloved Pagani Zonda 760LH which has been with him for the last seven years.

While Pagani built only 13 examples of the Zonda 760, the one that was owned by Lewis Hamilton is a one-off that’s denoted by the ‘LH’ suffix which is nothing but the racer’s initials. While all the 760s were powered by the same 760-hp version of the AMG 7.3-liter V12, the LH version came with a manual transmission instead of a single-clutch automatic. The rear-wheel-drive beast of a supercar also sported a distinct purple shade, adding to its uniqueness. 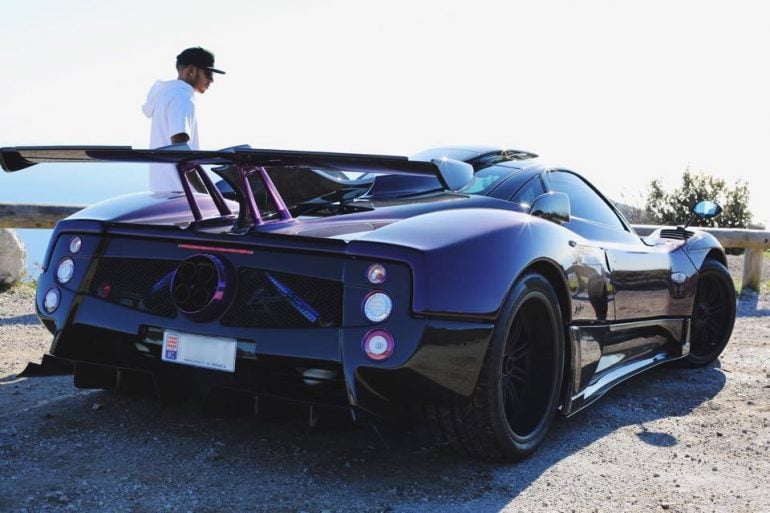 Hamilton was regularly seen driving the Zonda on the roads of Monaco where he resides. The racer even met with a minor accident in the Zonda in 2015, but the damage to the supercar was quickly fixed. In an interview in 2018, the 36-year-old even claimed that Zonda is not quite the best driver’s car. “The Zonda is terrible to drive,” he said. “It’s the best-sounding car I own, but handling-wise it’s the worst.” Yet, he kept the car as a part of his collection for seven years, adding around 1000km (620 miles) to the clock. As per reports, the Zonda 760LH has been sold to someone in the UK for 10 million euros (approximately $11.3 million). It is believed that Hamilton had paid somewhere close to 1.4 million euros (approximately $1.6 million) to buy the one-off in 2014, which means he pocketed a stunning profit of almost $10 million. However, given the kind of demand for Zonda supercars amongst collectors and its history of being owned by none other than Sir Lewis Hamilton, the hefty sale price doesn’t sound unjustified.

Tags from the story
Pagani, Pagani-Zonda

Omega celebrates the 65th birthday of the original Speedmaster with an $81,000 timepiece made of…